The Friday before my half marathon, I had an apartment full of people! I needed to make something that was healthy and somewhat simple to make lots of. I had come across a recipe for this months earlier, but since the BF doesn’t eat many veggies, it’s been hard to try out. I figured I’d give it a go and it turned out pretty awesome!

I loosely followed a few different recipes for this, but managed to figure it out myself. Here is a pretty decent looking recipe if you are in need of one!

I started by cooking the rice and the turkey in separate pans. Then dumped them into a big enough pan (stir fry pans work well) to combine all the ingredients.

While this was heating I cut up all the peppers (cut the stems off) and cleaned them. Then I parboiled the peppers until they lightened in color.

In the large stir fry pan, I added the pre-cooked corn, beans (no need to cook), and tomatoes to the rice and turkey.  When everything was mixed, I added about a 1/2 a cup of the veggie broth and mixed it on a medium heat until it sizzled. I also added in some salt and pepper.

When the mixture was heated, I filled the peppers that I placed in a big baking dish. I have seen the peppers both cut in half and kept whole in different recipes, but figured they’d be easier to eat and more attractive in half.

The oven was Preheated to 350°. I covered the dish with foil and let them cook for about 30 minutes.

When removed from the oven, cover with however much cheese you think is necessary (I do a lot, so it kind of defeats the purpose of them being healthy…but… Cheese.). Turn the oven off and place the uncovered dish back in the oven for 5 minutes  (or just keep an eye on it until you think it should come out).
Serve with Sour Cream, Salsa, and Hot Sauce. Or whatever else you think would go well on them!

I had A LOT Of stuffing left over and ate it for dinner for the next week or so. YUMMY LEFTOVERS! YAY!

Have you tried these before?
What’s your favorite go-to large dinner meal?
Any suggestions to make this even better?

One thought on “Try This: Southwest Stuffed Peppers” 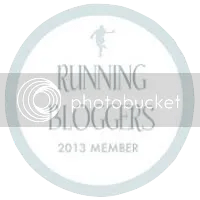